Enable or Turn off Live Caption on Pixel 4 and Pixel 4 XL: Android 10

This tutorial learns how to Enable/Turn off Live Caption on Pixel 4 android mobile, That’s offline. This is one of the most expressive Accessibility features that came with the Google Pixel 4 and Pixel 4 XL that running on Android 10, yes that is preinstalled. Later on, the older version of Google Pixel mobiles ready to get in the next update that available at the end of the year 2019. And will become available in multiple languages by the end of 2019. It’s Good sound and helpful the Audio caption for the video that has audio. This new Android mobile technology is limited to your personal video created by you. A live caption will not available for the Phone and Video calls. So android users are still safe that’s Google privacy feature.

Live caption is real-time and that will create on your device only, No leak and data pass to the cloud. So Live caption does not depend on WiFi or Mobile Signal quality. This caption is always at the same speed and amazing. So sometime it looks annoying, so we can hide or turn off under the settings app of Google Pixel 4 and Pixel 4 Xl. Follow the steps below. 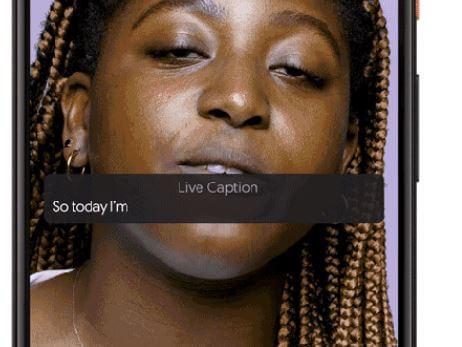 How to Turn on Dark Mode For the Samsung Galaxy Note 10, Note 10 Plus

How to Change Camera Resolution on Pixel 4 and Pixel 4 XL: Photo and Video Resolution