How To Play PC Game On Android Mobile Oneplus 7 Pro, And Galaxy S10 Plus

Checkout multiple options that are are in trading and useful for the high-performance PC games that required top-level Graphics, Processor, RAM and Accessories. So, Old Emulator won’t work in this case, At that time use below techniques to play PC game on Android Mobile like OnePlus 7 Pro, Galaxy S10 Plus, Honor, Huwai, MI, HTC, LG or Nokia and another mobile company mobiles.

Here in this tutorial, we will show you how to play the PC games on your android device:

If you don’t want to waste your time and don’t want to spend your time, then the easiest and simplest way is to search for the port of the game you are willing to play. This will turn classic and newer games.

Most of the android mobile game is available on Google Play Store here’s some example like Baldur’s Game and Planescape.

Android port has been recommended and enjoyed many users. Many games have an android port through which you can enjoy the PC games on the android.

Method 2: Emulation to the Rescue

If your fan of older PC games they might don’t have the android port, and for such games emulation will be the best method to be followed. This will be most useful when you have bunches of CDs and floppy disk. Just copy them to your SD card with a right emulator, and you can easily enjoy the games in your android device. 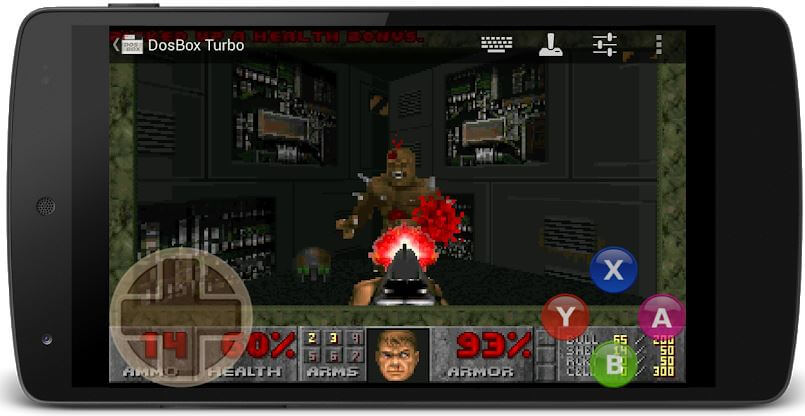 For the older PC  games running DOSBox will be the most suitable option. Fastest DOS/Windows Emulator for android mobile. This Emulator has a wide range of pro features and specification. Read on full-on play store app description. That’s why we recommend using on Fastest ever android mobile specially for oneplus 7 Pro. Specifically, if you will want to opt for DOSBox Turbo is the best. This app will charge you $2.49, but this cost is nothing when you would enjoy reliving your memories.

We have plenty of solutions for play PC Game on android mobile OnePlus 7 Pro/OnePlus 7 using Online cloud platform in a lightweight and no more investment.

The options given above are the best option for older PC games and occasional new games. But for the many PC games in this modern age, your android device doesn’t have that much of Power. So you can run an actual game on PC instead of running it on Android device, Stream the game on your android device.

Report Game Streaming app will help you to stream the games on android. Install this app on your android device and download installer for your PC from Remotr Website. Launch the app on your PC and Phone, and now you are ready to Play.

So by this simple and easy ways, you can play the PC games on your android device.

How to Make Annotations on Windows 11

How to Enable Reading View in Windows 11 Edge Browser